Respected Expert.  Industry Veteran.  All Around Good Guy.
Learn more about Ralph Brislin, where he is from, and what he can do to
help bring success to your organization. 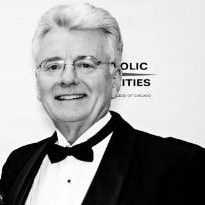 Founder & CEO
For the past 40 years, Ralph Brislin has been actively involved in the security industry.  Starting with a degree in Law Enforcement from Eastern Kentucky University and later earning a Master’s degree from Indiana-Purdue University, he developed a reputation for providing honest evaluations and appraisals for employers and clients even when the advice was not necessarily received well.

Ralph started his career in the “old days” of retail security loss prevention was a term not invented.  Most of the time security mangers like Ralph spent their time apprehending shoplifters, investigating on-going employee thefts with virtually no technology and collecting “bad-checks” from folks who had closed accounts.  Eventually, he would move onto industrial security where he experienced for the first time the typical “security guard”.  Ralph accepted a job as a plant protection and security supervisor for a large Fortune 500 company that employed senior citizens as security guards.  Most of this staff was at least 60 years old and were from a variety of previous occupations: deputy sheriff, shop foreman and retired state police officers.  It was in this position that Ralph learned that for the most part, security was an after-thought!  Most of his staff responsibilities involved maintenance of company vehicles, retrieving needed parts and supplies for maintenance, passing-out towels to workers entering the plant and bagging the soiled towels of workers when leaving; fire inspections and maintenance of the sprinkler system and general “gopher” responsibilities.  During this time, Ralph earned a Master’s degree in Public Affairs and was determined to find success in the security field no matter the challenges.  Often he was referred to as “head-guard” but that did not deter him.  Eventually, he was promoted to the corporate headquarters where he remained for a brief time before accepting a security management position with a defense contractor.

Ralph spent the next three and one-half years involved in top secret projects such as the stealth fighter aircraft and bomber; investigating employee thefts and managing a large contract security force.  On his second day on this job he quickly learned what the absence of advance planning can mean.  During a new employee orientation on a cold snowy day in northeast Ohio, Ralph was called to the Vice President of Human Resources office to be informed that a bomb threat had just been received at the facility.  He suggested to follow the bomb threat procedure he assumed his security “professional” predecessor had developed.  When he was told there was no procedure to follow he quickly improvised a plan and search while the local police department arrived at the scene to assist.  No device was found and Ralph was complimented on his “cool demeanor” during the episode.  Ralph worked closely with the human resources department and was involved in workers compensation investigations, failed drug tests leading to employee terminations and a litany of unethical conduct by employees.

One day a management employee informed Ralph that several engineers had recently attended an NFL game with tickets provided by a vendor.  At this time the company had a strict entertainment guideline that was restricted to $25.00.  Keeping in mind this limit was 30 years ago, $25.00 was not “small change”.  However, Ralph was not keen to investigating a group of engineers who decided to accept this nominal gift (he thought) by attending an NFL game.  He was then informed the game was an “out-of-town” game involving overnight lodging, etc…A total of six employees attended the game and while somewhat reluctant, Ralph interviewed each engineer.  He learned through the course of these interviews that acceptance of lunches, sporting event tickets and the like was a standard practice amongst this group of engineers who were responsible for over $1 million dollars in contracts from the vendors that provided the gifts.

It was during one of the interviews that Ralph learned of the annual fishing trip made to the lower part of the upper peninsula of Michigan paid for by a vendor.  Several engineers went on this weekend trip every year with all accommodations, including travel by private jet to this remote cabin resort.  As a result of these interviews, Ralph learned that the vendor who sponsored these trips had been awarded several million dollars in contracts by the engineering staff.  As a result, several employees were terminated and the vendor barred from future work with the defense contractor.

Throughout his tenure at the defense contractor, Ralph was responsible for the security for Top Secret projects, employee safety and workers compensation investigations.  Ralph was extremely successful during this point in his career due in large part by his ability to listen to employees’ concerns and by developing a reputation for integrity which led to respect on the part of employees who continued to report wrong-doing and unethical behavior to him.  Ralph learned that the skills to be an effective investigator were useful, more important was the willingness of employees to trust him with sensitive and delicate issues.  Early on, Ralph make a symbolic but an important gesture in the propping open of the security manager’s office door.  This led to employees entering his office to say hello and if they wanted to discuss a sensitive matter, Ralph was quick to close the office door. Throughout his career, the ability and willingness to listen to someone has brought him great success.

After 3 ½ years, with the approval and permission of company executives, Ralph became a partner with the owner of the contract security company that provided security officers to his employer.  Knowing the potential for a conflict of interest, Ralph sought out the opinion of the company lawyer and the VP of Human Resources.  Both, enthusiastically supported his decision.

For the next 18 ½ years, Ralph used all of his skills and experience to grow a privately held company with sales of $4.5M per year to nearly $15M by 2008.  Ralph became the owner of the business and due to the ever-changing economic landscape, sold the business and entered the security consulting field where he is works now.

Ralph has assisted former competitors in acquiring business in Ohio and Kentucky and he thoroughly enjoys making deals that benefit all concerned.  Now Ralph reps for contract security companies, technology companies and private investigative companies.  Ralph is a facilitator.  He can assist you with your problems.   Contact Ralph today!